A short proof of concept of an idea I've wanted to try for a few years. These are the key points of the idea:

I feel like this prototype proves that the combination works.

What do you think?

Good shit. I can see it working

I'd love it if you could add in a crosshair, just to help a little with the aiming accuracy. Also one or 2 more maps, with some slightly different design and themes might help sell the idea better. Perhaps even some objectives, or collectables, different enemies, projectiles etc... I think it's a neat idea, although I'm not sure how much legs it has in terms of a 'full game'. Would definitely be cool to incorporate this as a 'challenge mode' or something for a full campaign type fps, although I think you'd have to try and gauge that better once you have some more feedback. I do like it though. Kinda reminds me of some old school 90's/early 00's games.

Thanks for playing it! Sorry for what is going to be a bit of a long response, I have some ideas and opinions that you touched on with your feedback. I very much appreciated your thorough feedback!

Regarding crosshair, I kinda liked the logic that the Lovely Planet developer described for him not having a crosshair in his game. I can't say that I've missed it myself as I shoot and just drag the laser over the enemy with the particle pop from an enemy's death telling me that I've nailed it.

I put a pretty strict deadline on myself to complete this, I absolutely would love to have had more content completed but this was the bare minimum to verify the actual mechanics and gameplay. The next version would probably have a couple of levels and actually have some proper level design.

I have a bunch of ideas on different additions and variations to keep the game exciting. For example; triggers that you have to activate parts of the level (doors, platforms, etc), enemies that you have to tackle in different ways (can only be shot in the back, shoots back at you, etc).

But in general I would want a pretty clean design where everything feeds into the main goals. I'm a solo dev and there's a limit to how much I could finish on my own so I rather make something small, focused & polished rather than large, spread & rough.

I'm going to do more feedback testing with people to get more opinions on it but I also need to take a step back to get some distance from it before I decide if I should continue working on the game.

Again, thank you so much for playing it and giving me feedback. I really appreciate it :)

Interesting concept.  Looking forward to playing the rest of the game.

Thanks! I haven't decided yet if I'm going to spend the time to make it into a full game, I need some distance & perspective before I decide. 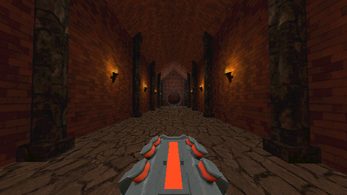 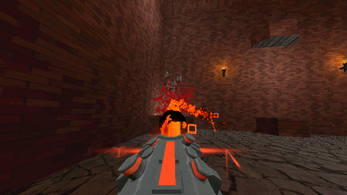 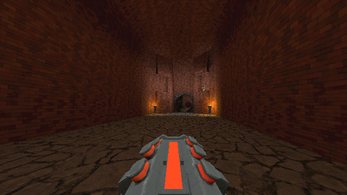